Since 1974, the Canuso Foundation has raised over $2 million for cancer research at the Children’s Hospital of Philadelphia and has provided assistance and support to countless families and individuals affected by cancer. Our mission is to alleviate the many burdens that cancer thrusts upon families by helping them with day-to-day necessities or long-term goals and restoring hope for the future. 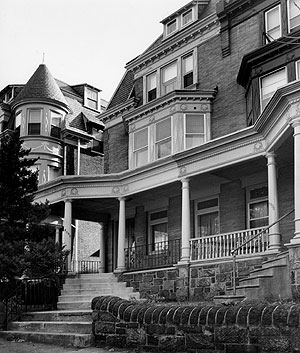 In the past, in addition to funding research, the Foundation has built Ronald McDonald Houses, provided scholarships to college students affected by cancer, and helped children and families before, during and after cancer treatment.

Babe Canuso, diagnosed at age nine with Acute Lymphocytic Leukemia, was the catalyst for the world’s first Ronald McDonald House. Inspired by the wonderful doctors at The Children’s Hospital of Philadelphia the Canuso family, working with the staff of the oncology department, purchased, reconstructed, decorated, furnished, and stocked the house for families staying with their children at CHOP. Thus, the Canuso Foundation was founded in 1974 and the first Ronald McDonald House was built in Philadelphia and became a symbol of hope, a safe haven for families with sick children throughout the world. Since then, the Foundation has built three additional Ronald McDonald houses in the Philadelphia region.

Since 1991, the Foundation has awarded over 200 partial scholarships through the Babe Canuso Fischer Scholarship Fund for Villanova University students who have experienced hardship caused by a diagnosis of cancer. The Foundation continues to grow its annuity fund.

In 2009, the Foundation formed a committee known as “Babe’s Kids”, a nucleus of several cousins, that targeted kids devastated by severe illness and/or disabilities. They had their own fundraisers, such as “The Chicken Runs at Midnight” bowl-a-thons, dodge ball tournaments and other fun events. As a community outreach, their mission was diversified and supported children who are affected by some form of disabilities.